For employers, Covid-19 related sick pay for the unvaccinated is being contentious, with many major employers saying they will only pay statutory rates.  And with many staff continuing to work from home, employers need a clear policy for staff working while asymptomatic.

The highly infectious Omicron variant has led to mass absences across the country, and while those in England who are vaccinated with at least two doses can avoid self-isolation, those who are unvaccinated are obliged to isolate.

Over recent weeks, retailers from Morrisons and Ocado to Next have said they will pay unvaccinated staff just statutory sick pay (SSP) of £96.35 aweek rather than their full company sick pay benefits during their 10 days of isolation, unless there are mitigating circumstances for remaining unvaccinated, such as pregnancy.

Company sick pay may be paid in addition to SSP, or instead of it, and will be set by each individual company.  It will often provide entitlement from the first day of sickness, whereas SSP becomes payable only after the fourth day of ‘incapacity’.  And while payment under SSP is restricted to a weekly maximum of £96.35, company sick pay policies may provide for an employee’s full wages.

The definition of ‘incapacity’ for SSP has been redrawn during the pandemic, to include those testing positive for Covid-19, or needing to self-isolate having been in close contact with someone who has tested positive.

Not all employers are taking the same approach: the latest retailer to declare its strategy is John Lewis.  The employee-owned company has said it will not be treating unvaccinated workers differently to those who have had the jab and will continue to pay full company sick pay to all its staff when they are isolating due to exposure.  Others committed to paying all staff their standard company sick pay are supermarket chains Tesco, Sainsbury’s and Asda.

But the issue is complex and employers could find themselves challenged in a tribunal if they do not take care when introducing such changes to company sick pay policy, according to legal experts.

The Act protects against direct and indirect discrimination based on protected characteristics, which include gender, age, disability, race, sexual orientation, personal relationship status, and religion or belief.  Employers may ask questions about health or disability only in certain circumstances, and the Act makes it unlawful to discriminate, or treat employees unfavourably because of pregnancy, after giving birth or during maternity leave.

Discrimination can be justified only where it can be demonstrated as a proportionate means of achieving a legitimate aim.

While a company looking to avoid paying company sick pay to unvaccinated workers may argue that it has a legitimate aim of avoiding or minimising future staff shortages by encouraging vaccine take-up, they could find staff claiming it amounts to a policy of mandatory workplace vaccination by stealth.

It would also require collection of sensitive personal data to identify whether staff had been vaccinated, and their reasons if they have not, giving rise to both privacy and data protection considerations.

“It’s not a straightforward decision on whether to pay, or not to pay. A decisive factor will be whether company sick pay is discretionary or an entitlement set out in the employment contract.  If it’s an entitlement, then employers could be heading for claims for breach of contract, unfair deductions or constructive dismissal if they try to withhold payments without going through the appropriate process to agree amended terms of employment, unless self-isolating does not satisfy the requirements of their sick pay policy, for example if it relies on ‘incapacity’.

“If the payments are discretionary, paid as goodwill, then there is scope to introduce this sort of policy, but claims could still arise under the Equality Act 2010 unless employers can justify their actions as proportionate and legitimate.  Many people may be choosing against the vaccination for religious or health reasons.

“There could be further unintended consequences, such as staff resisting isolating or avoiding testing, if it could result in loss of earnings.  It may also cause a divisive outcome if it creates a ‘them and us’ attitude among workers.

“It’s worth looking at all the options.  While it wouldn’t work for most customer-facing retail workers, if working from home is a viable option, then an alternative may be to seek agreement from staff that they will do that if they need to self- isolate.

“Regular risk assessment, policy reviews, keeping contracts up to date and excellent communication with staff are more important than ever in this fast-changing working and legislative environment.” 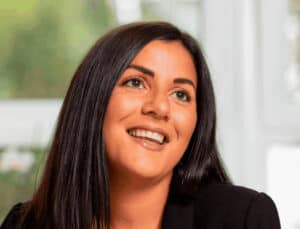