In a recent decision the court has upheld a harassment claim following a neighbour dispute about the use of security cameras and doorbells. The judge ruled that the ‘Ring doorbell’ which was installed in a house in Oxfordshire “unjustifiably invaded” the privacy of a neighbour.

The claimant Dr Mary Fairhurst had been invited to tour the Defendant Mr Jon Woodard’s house, during this tour Mr Woodard showed her his new security system. Dr Fairhurst claimed that she had been ‘alarmed and appalled’ to find out that the defendant had a camera fitted on his shed which sent footage to his smartphone.

Following this tour a dispute arose surrounding these cameras and Dr Fairhurst eventually moved out of her home. The judge found in her judgement that the Ring doorbell captured images of Dr Fairhurt’s house and garden and the shed camera covered almost the entirety of the Claimant’s garden.

Woodard has said that he had installed the devices in good faith in an attempt to deter burglars but the judge found that this was in breach of UK data laws – both the UK Data Protection Act and UK GDPR.

Amazon who designed the Ring doorbell and the cameras has urged owners of these devices to ensure that they maintain respect for their neighbour’s privacy. Since the case began there have been steps taken by Amazon and other manufacturers to increase privacy protections such as allowing users to limit the camera’s field of view and enabling users to toggle audio on and off.

The Information Commissioner’s Office has said “Lots of people use domestic CCTV and video doorbells. If you own one, you should respect people’s privacy rights and take steps to minimize intrusion to neighbours and passers-by.”

“While this case may not necessarily set a precedent it is worth noting. These camera doorbells can be used for extensive audio and video surveillance and it is important for users to ensure that they take every step to respect people’s privacy and to protect themselves from potential dispute. “

How to evict a commercial tenant 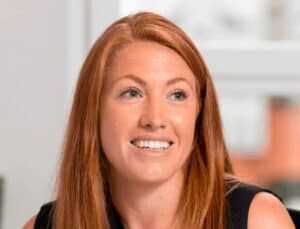 Renting and repairs: What are my obligations as a landlord?